Deer have varying nutritional needs throughout the year. The Antler King® Program is designed to meet these needs in the most economical way. Bucks and does have a high demand for protein, minerals, and vitamins from February through August, for antler growth and milk production. From September through January, both bucks and does have a lesser requirement for protein, minerals, and vitamins, but a greater demand for energy.

Whether you’re feeding one or one-thousand animals, Antler King has a program for you. Our three-step approach is perfect for people feeding deer in their backyard, the individual who is supplemental feeding to produce quality whitetails on his/her land or for the Deer Rancher.

The Antler King® Program for Deer will meet the varying nutritional requirements for deer.

Corn has been used extensively in feeding deer because it is a good source of energy and is almost always cheaper per ton than a commercially manufactured supplement. This use of corn has resulted in a continuing problem with grain engorgement. Grain engorgement is caused by the rapid intake of a large amount of corn or other grain sources over a short period of time. The grain is rapidly fermented which causes a rapid drop in rumen pH. This damages the rumen wall and may actually lower blood pH causing metabolic acidosis. A severe diarrhea can develop and death is often the result. It is NOT recommended to feed corn as the SOLE source of grain!

For just pennies a day, Antler King’s® Sweet Apple Intensity when mixed with corn will benefit deer, giving you bigger and healthier deer! 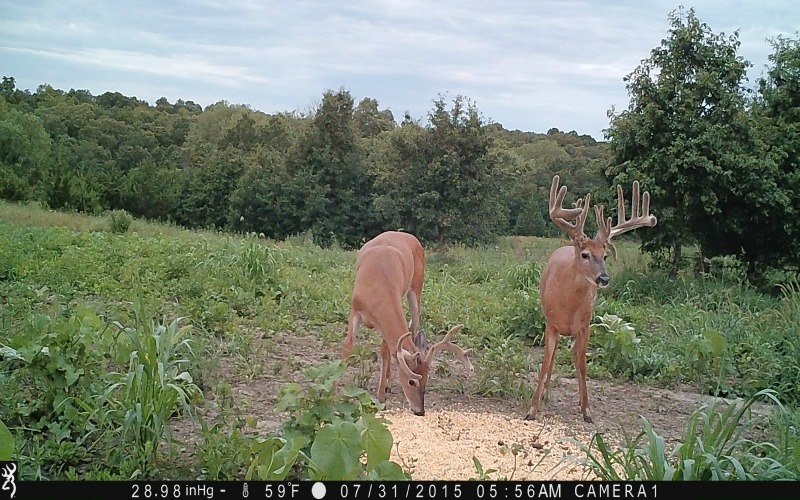 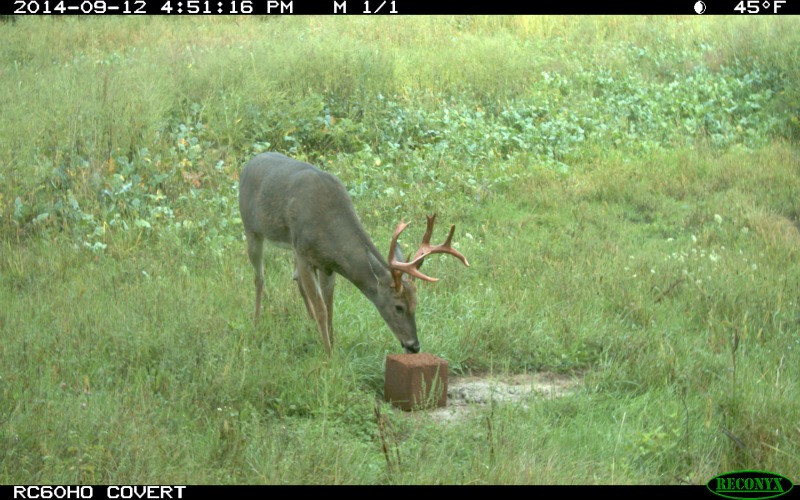 Antler King’s® Deer/Elk Pellets are a premium protein pellet with a locked-in formula ensuring each pellet has the guaranteed ingredients for maximum antler growth, body growth, development of fawns and maintenance for does. The 18.5% protein pellet, chelated highly-digestible minerals, important vitamins and special yeast culture offer the most complete pelleted grain ration available and the perfect supplemental feed to maximize the health and genetic potential of your herd.

For deer in enclosures, also offer: